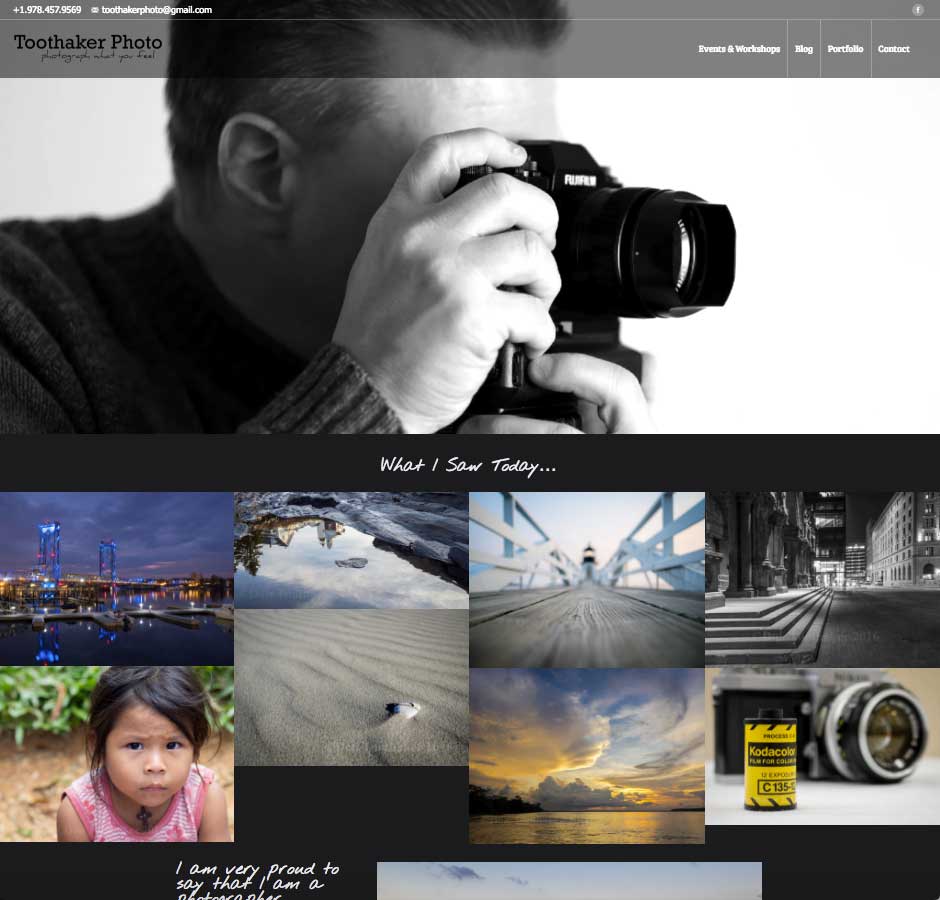 There are literally millions of amazing photographers out there.  Millions.

But let me tell you about MY go-to photographer, Don Toothaker.  And it actually has nothing to do with his photography.

Aside from co-owning New England Photo Workshops, Don works at Hunt Photo and Video, the go-to place for all things photo and video, and that’s where I met him.  We became instant friends.  Now I only go there when he is working there because his advice is so solid, and he knows me so well know, he knows the exact solution for me every time, his recommendations are always perfect.  But that’s still not why he’s so awesome.

One day I was there and we were nattering away as we always do, when he stopped mid-sentence to step out from behind the counter.  His eyes were focused, he was on auto-pilot, he was heading directly for a man who had just passed by us on the counter.

“Excuse me, sir”, he says, stopping the man in his tracks and grabbing his hand to shake it, “Thank you for your service”.

They chatted a few more seconds, and then he returned to the counter and he continued on like nothing had happened. I had to look again over my shoulder at the gentlemen (how on earth did Don know he was a Veteran??), and it was then I noticed he was wearing an old bomber jacket and the mystery was solved.

Most people look, but Don SEES.

But not only that, his eyes are connected to his heart.  He can find the story in an old wooden bench on a cold stormy day, or the hidden joy in the homeless man on a street corner, and he can tell that story in his imagery – AND his writing.  Both always captivate your senses, warm the soul and inspire.  And THAT’S why Don is so awesome…and I haven’t even touched upon his amazing capacity to teach and share his passion for photography…

So it was a privilege to help him build a new website where he can blog away and share his images with the world.

Please check out Don’s blog at toothakerphoto.com and if you’re a photographer, be sure to go on one of his photo excursions.

Don’s site has it all, integrated social media, instant posting to facebook, moving videos, a huge blog, e-commerce, portfolios to show off his projects, it’s responsive AND mobile friendly.